The Polaris sold-out show as part of their Dusk To Day regional tour on Friday 27 July 2018 at the Solbar in Maroochydore on the Sunshine Coast was really great, loud and sweaty.  They played mostly songs off their Mortal Coil album which was released in 2017 as well as a couple of songs off their EP. 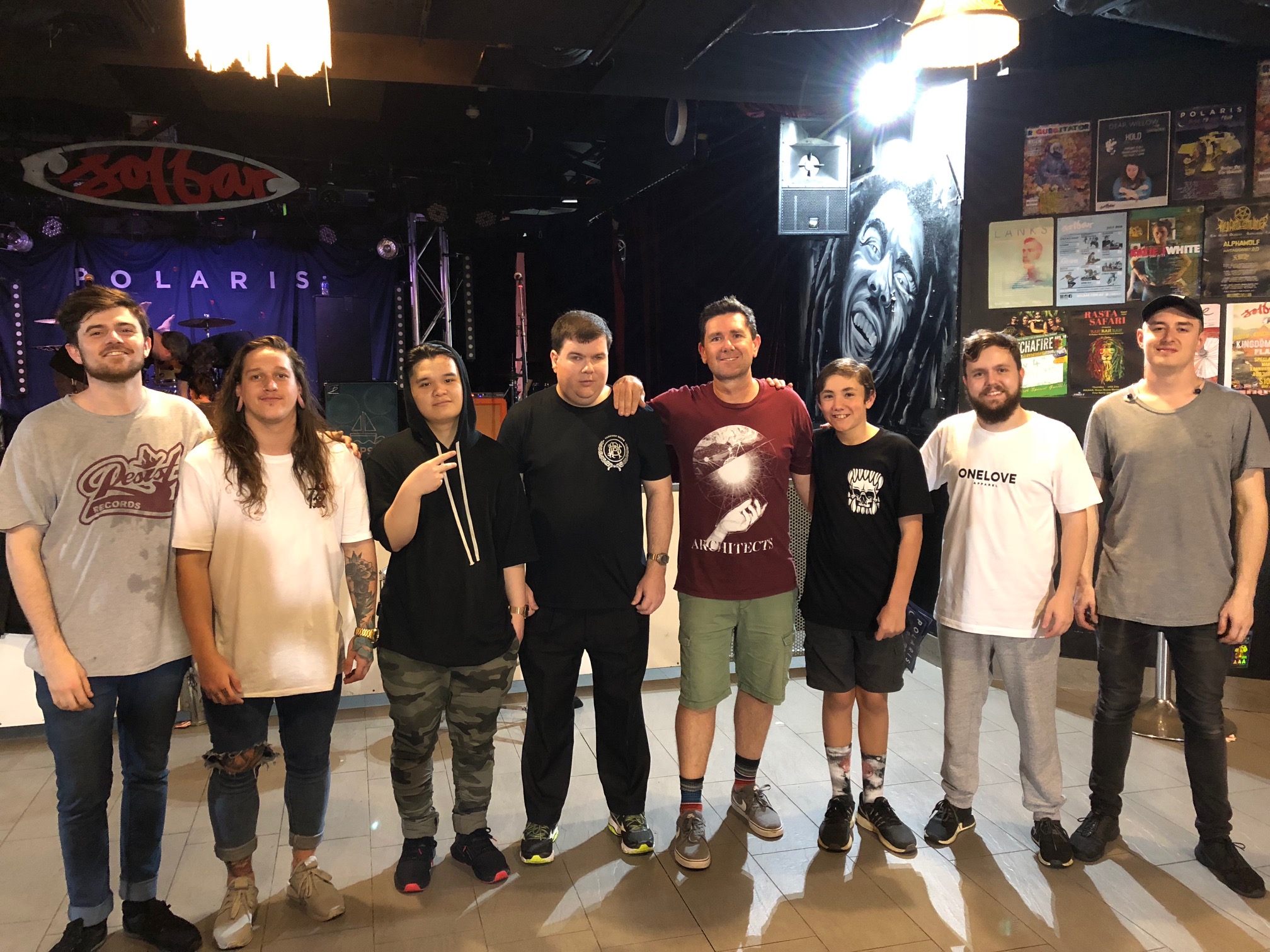 Main support for this tour was Sydney’s heavy five-piece, Justice For The Damned who were great and very heavy.  This band impressed the coast crowd and they threw down the heavy songs and had the mosh pit going off with a few circle pits.  I really liked this band and they are on the rise, so if you haven’t heard about them before, check them out as they are going places and will hopefully be back on the Sunshine Coast very soon.

The crowd loved Polaris and this show last night.  They had the sing-alongs, moshing and circle pits going off as well with a bit of crowd surfing.  It was really great to meet the boys, have a chat to them and see them play a sold-out show on the Sunshine Coast last night.  They are really nice people.  The photo of them is with myself and my good friend Chris and his
son Ollie who took me to this show at the Solbar at sound check.  Thanks for doing this and I hope to see this band back on the Sunshine Coast again in the next year or so.  Check Polaris out if you haven’t heard of them before as they will be the next big band to come out of Australia and they are already kicking some great goals overseas and making a name for themselves

where ever they go.

Keep it live, loud and local and see you out at a gig very soon.