After spending the last decade thrashing out behind a drum kit on stages across Australia, alternative singer-songwriter and multi-instrumentalist, Matt Turner makes his solo debut with the release of his single, ‘Wander’.

Armed with an acoustic guitar and a raw, heartfelt vocal, the young but seasoned storyteller returns after a year-long sabbatical of soul-searching and developing new music on the coastal borderlands of Queensland and New South Wales.  Likened to the sounds of City and Colour, Art of Sleeping and the heyday stylings of songwriting legends Paul Kelly and Neil Young, Wander blends feelings of melancholy and uplift while contemplating life, love and loss in an honest and disarming admission. 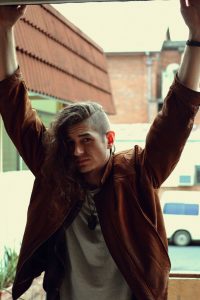 Matt says about the song, “Choice is a funny thing. When I wrote this song I was in a place where a big chapter in life was ending and in the uncertainty of ‘what now?’ I experienced this sense of being completely directionless, an absence of choice created by too many choices..the irony was not lost on me. Amidst that time I overheard a line from a Tolkien poem ‘Not all those who wander are lost’, and the song almost wrote itself after that.”

Recorded in the foothills of Mullumbimby with Dave ‘Dogg’ Atkins (Resin Dogs/Wolfmother) and mastered by Steve Smart at Studios 301 Sydney, Wander is the first of a set of singles to be released throughout 2018.

‘WANDER’ released on Friday 18 May through MGM Distribution, is available now on Spotify, Apple Music and digital retailers worldwide.

To find more on Matt Turner, go to: