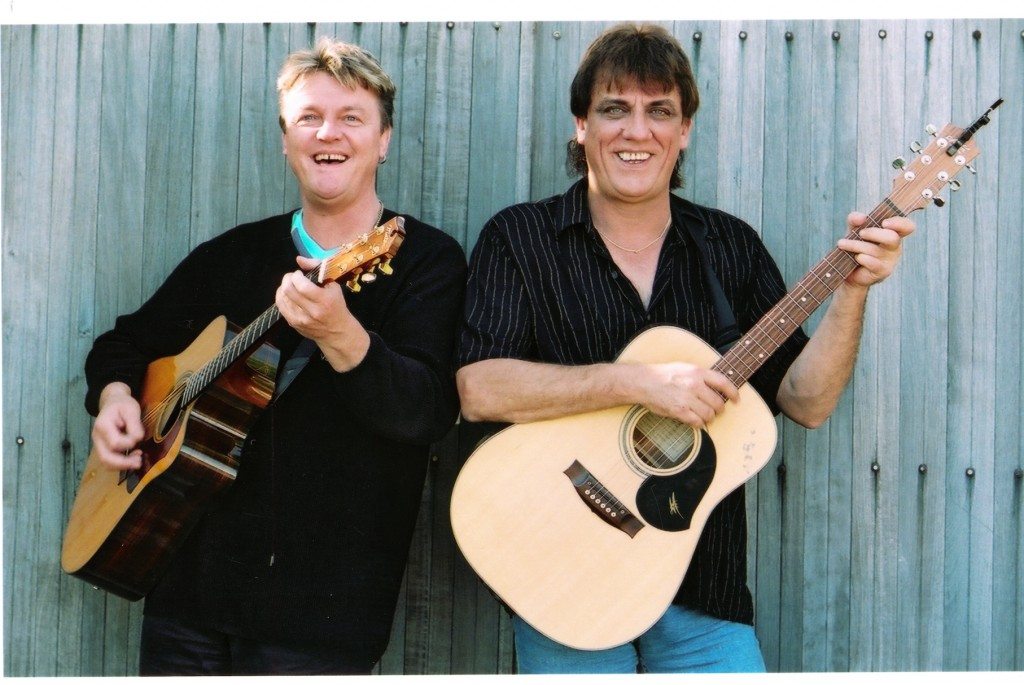 Uncorked is a project born out of an idea Jon English and Peter Cupples had whilst touring New Zealand with the ‘Pirates of Penzance’. “We started doing gigs together to break the boredom, (as much as we loved it, eight shows a week of anything will get to you sooner or later)”. The show was only performed for the cast and crew, and instantly a wonderful rapport was evident, not only between Jon and myself, but also all those present. As Jon said “we’ve been playing in different bands together for a long time”. The beauty of the combination is that both artists have totally different styles and sounds, yet together, somehow it creates a very interesting sound. Jon’s influence on my songs, and mine on his is what makes the whole thing so unique.

This acoustic show is very raw and natural. The main focus is to have fun, we don’t take ourselves or each other too seriously. We don’t have anything to prove to anyone, ‘we’ve been there done that’. This is about entertainment.

Jon English is one of few Australian performers who has successfully combined a career in music, television and stage.

Talented, versatile, intelligent, driven by his love for his work and music, Jon is one of Australia’s most successful recording and performing artists, a prolific songwriter, experienced screen composer and a popular actor with wide community recognition and critical acclaim.

Peter Cupples .formed the Masons Cure which later grew into Stylus. With great hits such as “Summer Breeze”, “Living in a world of make believe” Stylus were destined to move on to greater things. With the release of their next album (For the Love of music) the band found interest in America from Motown records. It was a great honour and thrill for the band to be the first all white band with Motown, and for Peter being the lead singer and songwriter it was pretty special.

As Stylus slowly broke up Peter started working on some new musical projects, resulting in the forming of The Peter Cupples Band through this the band made “Half the Effort Twice the Effect. Peter Cupples then decided to release Changes. Changes received strong airplay nationally and was very well received by both the media and the public. Since the release of changes, Peter has continued to have great success with the release of Scared Heart, Home Grown, The Best of The Best and Some of my favourite things. With each album further showcasing the diversity of Peter’s amazing musical ability.

Two of Australia’s most revered entertainers, one bill, one night!