Brian Cadd and Russell Morris are playing together at The Tewantin Noosa RSL, Sunshine Coast on Thursday 31 January 2019.  Tickets are on sale now and are $40 for members and $45 for non-members of this Club.  Local solo support act, Shane Kells will open this show and warm up the crowd from 7:00 pm.  Doors open for this 18+ show at 6:30 pm and Brian Cadd and Russell Morris will hit the stage at 8:20 pm.  Tickets can be bought by either calling the Club on 5447 1766 or in person at 1 Memorial Avenue Tewantin.

Australian music icons, BRIAN CADD and RUSSELL MORRIS, have been friends for over forty years and have been touring 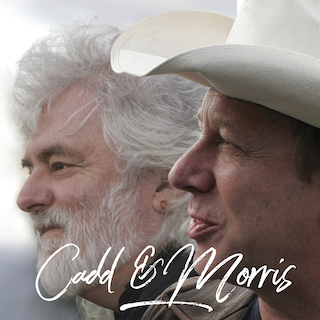 together from time to time over the past decades and are back after a 7-year break to perform a limited amount of shows.

Their show is a relentless sequence of hit songs, laughter and mockery. Never scared to take a jib at each other, on or off the stage, they now know each other affectionately as “The Turtle without a Shell” and “The Cheshire Cat”. You figure out which is which!!

From 1966 until his departure for America in 1975, singer, songwriter, keyboard player and producer BRIAN CADD was one of the most prominent musicians on the local scene. He remains a key figure in the history of Australian music; one glance at his extensive discography will indicate his prolific musical output, and he has been active in many other areas of the industry throughout his long and successful career.

Many would say his most notable song is Little Ray of Sunshine, a charming song about the birth of a little girl which was recently used as the title song for the new series of “Packed to the Rafters” on the Seven Network.

Russell Morris’ career started in September 1966 with the formation of the Melbourne group Somebody’s Image and the hit, Hush. Shortly thereafter Morris was convinced to leave Somebody’s Image for a solo career and his manager/producer at the time, one Molly Meldrum, worked with him to create a seven-minute production extravaganza called The Real Thing, undoubtedly his most anthemic song. The following year, in 1972, Morris delivered the equally beautiful Wings of an Eagle.

In a huge coup, local music icon Russell Morris was presented with the 2016 ARIA award for Best Blues & Roots Album for his critically acclaimed release ‘Red Dirt – Red Heart’. Nominated alongside lauded artists Jimmy Barnes, The Cat Empire, The Wilson Pickers and Kev Carmody, Russell was presented with the award at a stunning event for the 30th annual ARIA awards at Sydney’s The Star.

Over the past five years, Russell has been nominated three times in the Best Blues & Roots Album category. After claiming the ARIA award in 2013 with his chart-topping release ‘Sharkmouth’, which became the highest-selling Australian album of 2013, Russell received a nomination for the follow-up ‘Van Diemen’s Land’.

In 2017, Russell was also awarded AO (Order of Australia) for his services to the Arts & Music.

Music lovers, industry and critics alike have praised all three instalments of Russell’s Australian trilogy, which see the artist return to his early influences of American Blues & Roots.

Brian Cadd said “It is rare and enjoyable to spend ninety minutes on the stage every night with someone who has travelled the same musical road and number of years as I have. It makes the musical highlights, the songs and the silliness all that much more fun. Come and see what we mean!”

Together, Russell and Brian deliver a dynamic show of not only their hits but also a selection of seventies rock classics that are bound to have the audience singing along with them. They may arrive on stage as 60-year-old mates but they turn themselves, and their audience, truly back to 20-year-old rockers.