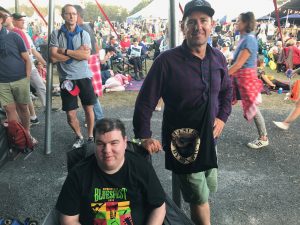 Hostile Entertainment’s David Dean returned from Bluesfest at Byron Bay on Monday and I’ve had some rest over the last day from this festival.  I attended this great festival along with my friends Chris Shervey and Jess Hasty from Friday until Monday and it was good to hang out with them and watch some great music from around the world.  We camped in their caravan in the Bluesfest camp grounds.  My daily highlights were as follows: 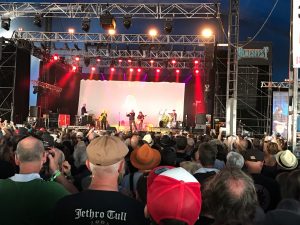 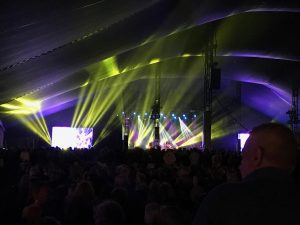 My favourite bands/acts at this festival this year were in order: Santana, Buddy Guy, Beth Hart, Jethro Tull, Trombone Shorty And Orleans Avenue and Jeff Lang.  These acts/bands all had so much energy and had lots of people up dancing to them.  I have never seen as many people who were inside the tent and outside it in the past three years that I have been to it when Santana played on Sunday night.  He and his band were so amazing to see live finally.  Also, Buddy Guy and his band were great and I saw them play twice.  Buddy is 82 years old and how he commands the stage and can play his guitar like he can at that age is fantastic to see as he is one of the last old blues guys alive and still playing.  If you went to this year’s festival, please leave a comment on this post and let me know who you saw and liked. 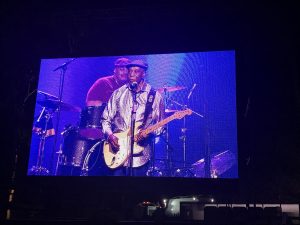 Three up–and–coming acts that I saw that I really liked were Vintage Trouble, The Record Company and Nikki Hill who you should check out.  I will hopefully return to this great festival in 2018 and there is nowhere else that I would want to be other than Bluesfest over the Easter long weekend drinking, eating great food and enjoying such great music from around the world.  This is one of the best run and organised festivals that I have ever been to.  If you like great music and have never been to Bluesfest before you need to get along to it in the next year or so to find out how good it is for yourself.

Keep it live, loud and local.  See you out and about at a show or event very soon around the place. 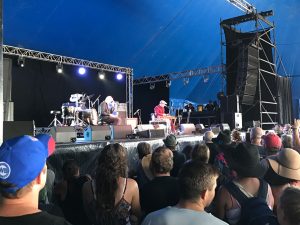 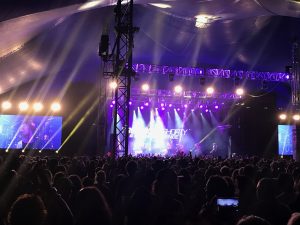